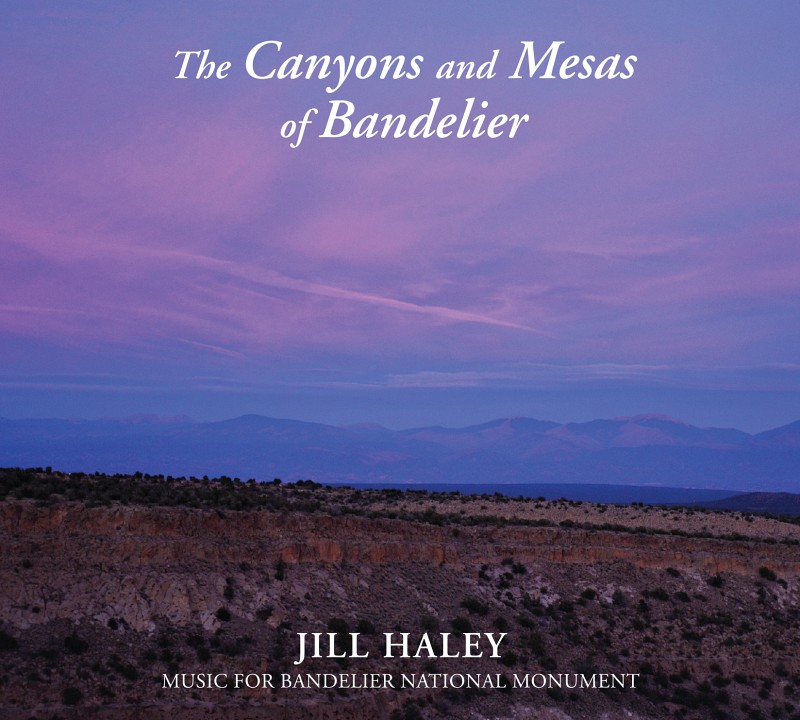 “The Canyons and Mesas of Bandelier,” Jill Haley’s 7th recording about the US National Parks will be released on CORANGLAIS Records on 3/5/21.

The sound of early morning Bandelier bird calls can be heard weaving through “Frijoles Canyon Awakens.” Other sites in the Monument such as the Parajito Plateau, Tsankawi, and Burnt Mesa provided inspiration for the new music.

The history of this site also influenced Jill’s compositions. “The Delight Makers,” a fictional book written by Alolph Bandelier about the ancestral Puebloans that lived there, led to one track of the same name. Exploring the cavates, (cave dwellings), and other sites in the Monument led to pieces such as “Plaintive Cavate Melody,” and “Ascent to Alcove House.”

"The Canyons and Mesas of Bandelier" videos